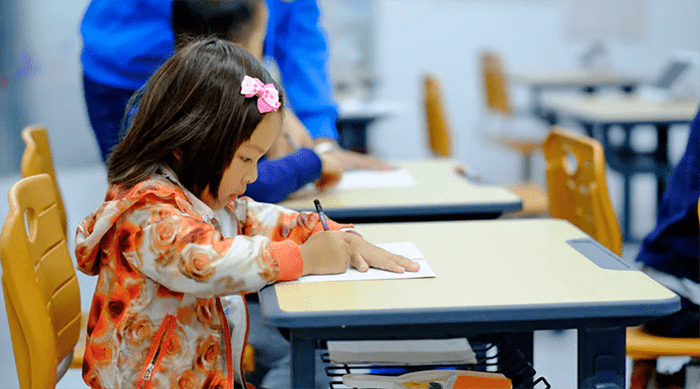 BOSTON, MA —Boston Public School students are not likely to return to the classroom full-time when school resumes in September, Boston Mayor Martin Walsh announced Friday during a news briefing.

Walsh said a model that included all in-person learning on the first day of school was not a “given.” He added that remote and hybrid models were the focus as the district worked to create three plans as required by the state: one that outlined an all in-person learning scenario, one for a fully online or remote option, and one that was a hybrid of the two. The state asked that school districts not make any final decision until early August.

The statement comes shortly after the Boston Teachers Union revealed a survey that found about 67 percent of Boston’s union teachers would prefer remote-only teaching this fall and only 22 percent supported a model that would incorporate both in-person and remote learning right away.

Walsh said he hadn’t seen the survey yet, but, referencing teachers who rallied outside his offices earlier this week asked them to be part of finding a solution on how to open school — in whatever form it took —the safest way when it could happen.

“You are not being ignored here in Boston,” he said.

Although Walsh said he hoped schools could open doors physically in September, he said he couldn’t give an exact day for when school would be able to return to in-person classes full time.

“In some ways, we’ve forgotten that we’re in the midst of COVID-19,” said Walsh. “This is a virus, this is a worldwide pandemic. It’s unpredictable. There’s no way me telling you of what’s to happen in the next four or five weeks.”

Walsh said even if the school didn’t reopen for any in-person classes in September, it would still have to reopen at some date in the future, thus the planning.

Superintendent Brenda Cassellius joined Walsh Friday in asking all Boston to help safely bring students back to school. She outlined efforts the district was taking to help in addition to creating educational plans, from extra cleanings to new HVAC filters to fixing windows.

“We are all reinventing education, and we have to because our children don’t get a rewind,” Cassellius said. “There’s no do-over, and we know how this will continue if our children don’t have us working in their best interests. They need us to rally right now for them.”

What else Walsh said in his COVID-19 briefing Friday:

Walsh’s news conference Thursday was postponed to Friday out of respect for Congressman John Lewis, who died earlier this month, he said. Before he began, Walsh highlighted a passage from an essay that Lewis wrote right before he died:

Though I may not be here with you, I urge you to answer the highest calling of your heart and stand up for what you truly believe. In my life, I have done all I can to demonstrate that the way of peace, the way of love and nonviolence is the more excellent way. Now it is your turn to let freedom ring.
When historians pick up their pens to write the story of the 21st century, let them say that it was your generation who laid down the heavy burdens of hate at last and that peace finally triumphed over violence, aggression, and war. So I say to you, walk with the wind, brothers, and sisters, and let the spirit of peace and the power of everlasting love to be your guide.

14,093 people have contracted the virus in Boston, an increase of 35 from Wednesday. Across the state, that number is 109,096 as of Thursday.

In Boston, 730 people have died related to COVID-19. On Friday there were no new deaths to report.

“For a city of our size, Boston is doing incredibly well,” he said. “At a time when we lack national leadership, Boston and its people are showing a way forward. We’re going to keep moving forward as long as it takes.”

The Boston Resiliency Fund was set up to provide food for children and seniors, technology for remote learning for students, and support to first responders and healthcare workers in the City.

So far the fund has raised $33.1 million and has distributed $24.4 million, including $13.5 million spent on providing some 2 million meals to young people and families, 1,500 meals a week to seniors in Boston by way of Lyft.

There is a mobile coronavirus testing center in Allston that has tested some 2,500 people there and it will move to Moakley Park for two weeks in South Boston. The mayor encouraged residents to take advantage of it.

On the U.S. Census

Officials at the U.S. Census announced after requesting more time to go door to door to count residents, it would be ending the door-to-door count a month earlier than anticipated.

“This is a major problem here and across our country for people of color and immigrants in our neighborhoods,” said Walsh. “Census counts ensure representation.”

During the past three years, the state has lost representation.

“At one point Massachusetts had 12 people in Congress. We have nine today,” said Walsh. “It also helps us with federal resources, so that taxpayers don’t have to pay on the state side, for programs like snap, affordable housing, community health programs.”

Walsh said the best way to fight back and to ensure the state gets the right number is to participate in the count.

Census employees may come to your home as early as Monday, he said, imploring people to fill out the form online or call 311 if they had questions about it.

“Everyone counts in our democracy,” he said.