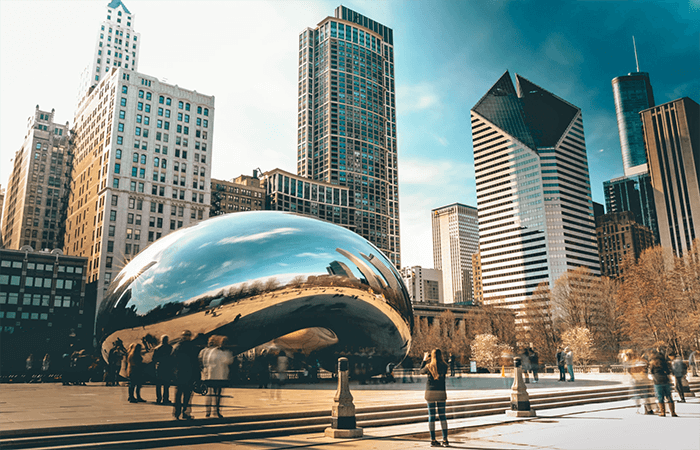 CHICAGO — Mayor Lori Lightfoot on Wednesday warned young people driving a new spike in coronavirus cases that she won’t hesitate to shut down bars, businesses, or worse, shutting down the whole economy “if we must.”

Lightfoot chastised young people flouting social distancing rules, not wearing masks in public, and gathering in large groups. “Folks you are not immune to COVID-19. The reality is actually quite different, and the data proves it,” she said.

And the city is now on the precipice of “going back to a dangerous set of conditions.”

“We do not want to be like other parts of the country that are straining under the burden of new cases and having their health care systems on the verge of collapse … Having been through this experience, the last thing I want to do is take steps back. I certainly don’t want to be like other places in the country that are shutting down commerce and business again. … But if we must, we must,” Lightfoot said. “And it depends on each and every person to do the right thing. The problem isn’t just that you’re hurting yourself. The problem isn’t just that you’re hurting people in your network. You’re hurting the whole city.”

The mayor said another surge in cases could force her to reinstate Phase 3 restrictions on businesses. She urged people to take her warning seriously. The last time Lightfoot issued a similar warning — telling folks she would shut down the lakefront stop congregating there — the mayor made good on the promise.

“Some of you have joked that I’m like the mom who will turn the car around when you’re acting up. No, friends, it’s actually worse,” Lightfoot said Wednesday.

“I won’t just turn the car around. I’m going to shut it off. I’m going to kick you out and I’m going to make you walk home. … That’s who I must be for you and everyone else in the city to make sure that we continue to be safe. But I don’t want to be that person if I don’t have to. But I will if you make me.”