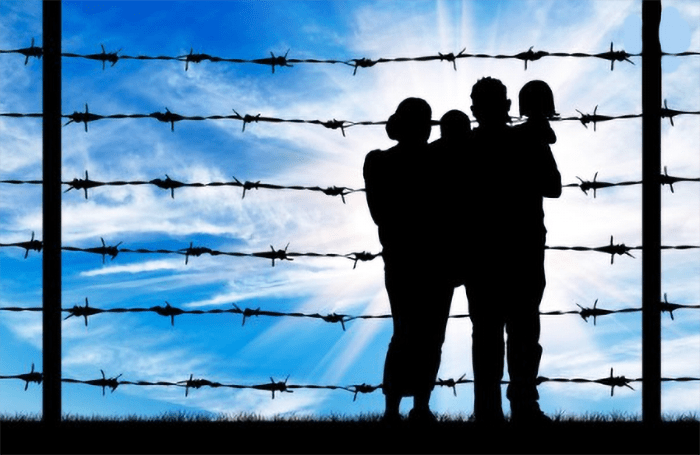 Estimates of the number of undocumented immigrants in the United States range between 7 and 10 million persons. This population has grown steadily over the years, notwithstanding efforts to control the flow of illegal migrants. This includes increased border patrol, sanctions on employers of undocumented workers, and denial of public benefits to the migrants. Some argue that undocumented immigrants are harmful to the economy. Yet it is also true that the unemployment rate in the U.S. fell over the 1990s. Even while the nation received large numbers of undocumented workers.

Many homeowners use their accumulated home equity to invest in the U.S. economy by opening a new business, purchasing a car, paying for educational expenses, or making improvements to their property. These expenditures benefit the retail, construction, and other industries. Most local governments would also prefer to see increased homeownership. Partly because the homeownership implies higher property tax revenues but also because homeownership is associated with neighborhood stability.

Homeownership Among Undocumented Not Uncommon

Finding ways to permit homeownership among the undocumented is not the same as calling for their legalization. A legalization program that would grant permanent status to undocumented immigrants is certainly one way to improve their economic mobility. But banks, savings and loans, and other lenders across the nation are increasingly helping undocumented immigrants participate in the mortgage lending market. By accepting new forms of identification and using new methods of determining a mortgage applicant’s ability to repay a loan.

Homeownership in the United States is closely linked to participation in financial markets. Few persons purchase a home with cash, and few obtain a loan outside of the mainstream mortgage lending system. Yet immigrants use financial accounts at a much lower rate than the native-born. Some 32 percent of foreign-born households in the U.S. do not have financial transaction accounts, compared to only 18 percent of the U.S.-born.

Immigrants and the undocumented may be described as relatively “unbanked.” In the case of immigrants, including the legal immigrants, they may not attempt to open savings, checking, and other accounts because they lack familiarity with the American financial system (which in turn may lack familiarity with the immigrants, failing to adequately communicate with the population). Undocumented immigrants have further constraints, as many financial service institutions require both a social security number to open an account as well as other identification issues in the U.S.

As described earlier, the legalization of undocumented immigrants is not a prerequisite to increasing their homeownership rate. It would, however, be a powerful stimulus to investment on the part of the immigrants, and thus it is worthwhile to review the proposed legalization programs. In January 2004, for example, President Bush called for a new program that would allow currently undocumented workers to obtain a temporary legal status. The President’s proposal would allow otherwise undocumented workers to remain in the U.S. and work legally for 3 and perhaps 6 years. Immigrants enrolled in the temporary worker program would not be eligible for any special permanent immigrant visas. For example, there would be no open-ended “amnesty” for these persons (The White House).

This implies that after the temporary period, the undocumented would once again be subject to deportation. It is unclear whether a temporary immigrant would have access to the home loan market. Whether federally chartered institutions like Freddie Mac and Fannie Mae. This would purchase their loans from the lending agencies that made them. Certainly, a temporary immigrant expecting his or her stay in the U.S. to be short would be less likely to consider purchasing a home than a legal permanent resident.

The potential growth in homeowners that might occur if current undocumented householders could obtain home mortgage loans is simply the mathematical difference between the two previous tables. This difference is seen below. The methodology suggests that over 230,000 undocumented householders could become homeowners if they had legal status. The youthfulness of the potential homeowners may mitigate their likelihood of purchasing a home in the near future. Some 58.7 percent were under the age of 35 at the time of the census (four and a half years ago at the time of this writing). On the other hand, some 57.7 percent of all the potential new homeowners have household incomes at or above $30,000.

I estimate the amount of mortgage that homeowners may borrow for each income range of the potential 229,680 new homeowners. First, I assume that no more than 35 percent of household income should be devoted to mortgage payments. The monthly equivalent of this amount is in the first column of the table below. I deduct an estimate of monthly real estate taxes. This is based on taxes paid by Latino immigrant homeowners in each income range. I then use a current 6.0 percent mortgage rate for a 30-year mortgage to estimate the maximum loan amount for householders within a given income range.

For example, I estimate householders with incomes in the $5,000 to $9,999 range to have a monthly affordable housing cost of $219. Net of taxes, this equals $146, which would maximally leverage a $24,400 loan. Obviously, few homes are available at this amount. But the great majority of undocumented households appear to have incomes that would permit them to purchase a home of higher value. For example, 172,626 householders could potentially afford a home worth $94,500 or more.