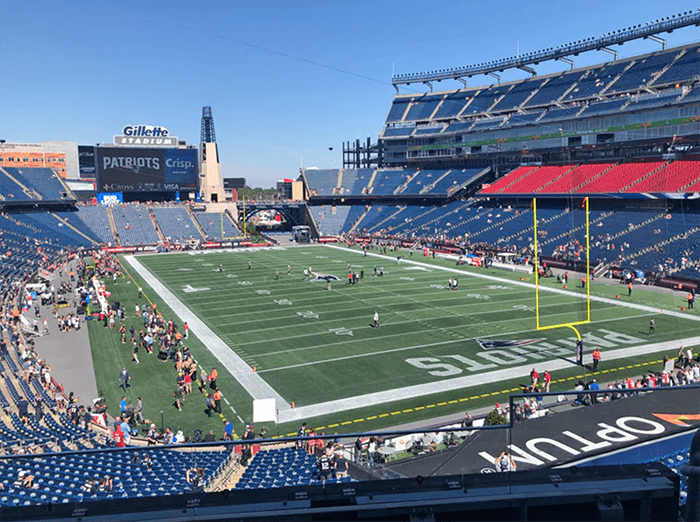 FOXBOROUGH, MA — Gillette Stadium officials learned Tuesday that fans will not be allowed inside the stadium for any event through at least September.

Officials said the decision was made after consulting with the Massachusetts Reopening Advisory Board.

The temporary ban on fans means the New England Patriots Sept. 13 home opener against the Miami Dolphins and the team’s game against the Las Vegas Raiders on Sept. 27 will be played without a home crowd. The decision also cancels crowds for New England Revolution home games on Aug. 20, Aug. 29 and Sept. 2.

“Gillette Stadium fully supports the state’s position, and this decision in the interest of public safety,” a Patriots spokesperson said in a statement. “We would have welcomed the opportunity to host fans in August and September, but are hopeful to do so later in the season. We greatly appreciate the time and support the Massachusetts Reopening Advisory Board has provided throughout this process and respect their efforts as they continue to navigate the state’s phased reopening.”

Stadium officials said they will reach out to ticket holders regarding refunds.