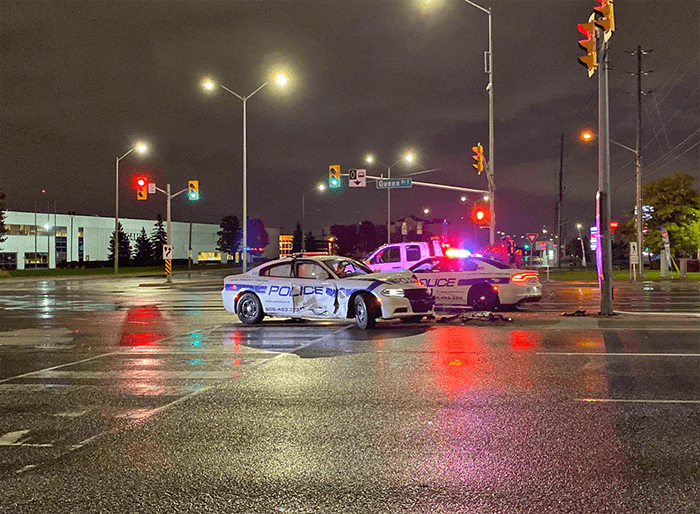 PERRINE, FL — A 22-year-old Miami man has been accused of opening fire on four Miami-Dade police officers during a wild gun battle Wednesday that Miami-Dade Police Director Freddy Ramirez III described as a “close call” for his officers.

Miami-Dade police officers assigned to the Homicide Bureau’s Street Violence Task Force and the South District Gang Unit came under fire as they conducted an investigation, according to the agency.

Three undercover police vehicles were hit by gunfire shortly after 7:30 p.m. at Evergreen Street and Homestead Avenue in southwest Miami-Dade but the officers escaped without injury.

“The three unmarked police vehicles, with their emergency lights activated, pulled into close proximity to the defendant,” court documents said. “As the vehicles stopped, the defendant pulled a firearm from his front waistband and began to discharge the firearm.”

Court documents said the officers fired back at their attacker but he got away. All four officers identified Lopez as the attacker in a photo lineup.

“The defendant confessed to shooting at the victims,” court documents said. Lopez was taken to the Turner Guilford Knight Correctional Center.